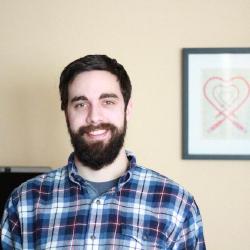 You can reach me via InMail on LinkedIn

I'm a highly motivated and creative professional, consistently functioning as a problem solver. I have had the pleasure of providing a wide range of solutions spanning across industries including web hosting, enterprise security, internet services, and finance.

Outside of work, my passion is focused on enjoying time with my family, exercising, and going to meetups and hackathons. I also have a pretty good book collection, and just recently edited a book on penetration testing with Kali Linux for Packt Publishing.

I strive to be a team player, we always achieve more when we work together.

At ModularSystems, we're working to simplify modern cloud infrastructure. We work with startups, SMBs, and enterprise companies to produce repeatable automation to manage your services and products. We also help ensure that the services you need are scalable, reliable, and observable.

We specialize in using Kubernetes for container orchestration, which can be deployed in the cloud, or on prem.

We are developing a platform to manage these deployments for dev teams. Our aim is to provide enterprise accounting and monitoring such as Network tracing, Infrastructure and Application monitoring and alerting, and aggregate logging. Learn more at:
modularsystems.io

At WPEngine, I helped enhance their Enterprise platform through creating and extending testing of existing infrastrucure code, and helped to refactor code to support testing measures. I have also worked to break services out of a monolithic code base and help setup CI pipelines to deliver updates faster and more safely.

One of my favorite challenges at WP Engine was helping advance a project involving distributed file systems. When I joined WP Engine, the project was in a state where most team members abhored and avoided it. I took on as much as I could to rememdiate this project until it was reliable and testible.

Troubleshooting issues at WPEngine has strengthened my understanding of core testing fundamentals such as mocks and stubs, spec tests, and more, as well as creating or extending Jenkins jobs and pipelines.

WPEngine's great, large customer base delivered no limit in interesting challenges and demands.

While working with SolidArray, I had the great pleasure to support SMBs, and startups in the transition from legacy environments, to cloud deployments. These tasks included rearchitecting applications in Siloed LAMP stacks for AWS and VMware Vcloud environments. My key focuses in these migrations were removing single points of failure, setting up scaling for high volume applications, and improving performance.

Performance enhancements varied from adding Disk and in memory caching to different parts of the stack, to in select cases kernel tuning, and a lot of application tuning. Projects were measured via a number of tools and methods such as PageSlow speed, Cache statistics (varnish/redis/memcached hits vs misses), Siege and Bees with Machine guns stats, and more.
Exposure to a wide variety of problems has introduced me to a wider variety of AWS services, and helped build my arsenal of Boto scripts for managing AWS deployments.

Beyond my technical hats with SolidArray, I would commonly follow up with leads to make sure we were a good fit for their needs, and help educate them on our services. I also generated leads through outreach to people I had contacts with through channels I created content for.


At Ziften, I was responsible for uptime, build improvements, server automation, customer interaction, and more. Most of my day is spent developing internal tools for tasks like monitoring and deployment, which I wrote using Python and the Flask web framework. I wore many hats, from Daily Devops to Team and Customer Support.

I used the AWS API (boto/python) and SaltStack's Salt-Cloud to deploy servers to both AWS and Softlayer. I revamped salt recipes, and wrote an internal API we used to manipulate EC2, Route53, and other services. I also worked with QA to write and test patch states for new releases, and refactored our primary build into a parameterized build that could be reused without manual editing.


Troubleshooting client issues here has sharpened my skills with Postgresql, while developing our internal tools have strengthened my familiarity with MongoEngine, the mongo ORM for python.

At CreditCards.com, I was responsible for uptime, monitoring, event response, and network configuration (HA Loadbalancers, System side networking). I also promoted Config Management via Saltstack. We managed baremetal servers, and improved on existing monitoring.

I created and maintained scripts for compiling, packaging, and distributing software (FOSS and our own), and wrote provisioning scripts deployed by PXE to automate our baremetal hardware bootstrapping. We started using virtualization in this time to provide QA and dev vms as well. Other common tasks include application troubleshooting, and planning for new objectives for our department as well as with development and QA.


Infrastructure
At SolidArray, I was responsible for managing Vmware Esxi(4.0-5.1) hypervisors. Due to this, I wrote a number of tools around VM automation to complete mundane tasks for me. I also was responsible for infrastructure, setting up high density clusters, remote power control, and remote console access for Colocated servers without iDrac or other onboard IPMI.

Working in the datacenter helped hone my understanding of PXE, and how to automate installation of bare metal servers. I automated installs via Kickstart and Preseed for RHEL and Debian based systems, as well as ESXi.

During my adventures, I documented as much as possible in the wiki for this company, including interactive and one liner script installs for stacks such as Nginx+Httpd+Varnish+PHP-FPM+APC, as well as chrooted Centos for recovering data from disk failures.

Development
During dev hours, I typically worked on Wordpress sites, adding new features via plugins. I also worked on our WHMCS billing system plugin that provisioned on VMware, which was not available on the WHMCS market place. Though most of the work was in PHP, I preferred working with HTML5, CSS, and Javascript when working on Single Page Apps for our customers, consuming APIs and writing APIs when necessary.
My highlight reel includes plugins for cPanel using the PHP API, a module that connects WHMCS to Vmware Esxi servers to Create, Read, Update, and Destroy Virtual Machines, and extending a Python plugin for monitoring Esxi nodes with Nagios.

In my spare time, I created landing pages, and wordpress themes and would consider myself knowledgable of Html5 (Canvas, WebRTC), Css3 animations, and jQuery.

I took advantage of all training and extra hours available from Hostgator. I worked a variety of queues, and gained access to a lot of responsibilities in my time there.

One example of these duties is the Phone Admin Queue. This queue is a high stress, fast paced queue where end users who haven't had issues resolved by previous support agents are contacted by a knowledgeable, and friendly administrator who can effectively identify the issue, gain agreement with the customer, resolve the issue, and champion hard problems for customers.
This company bly enforced my skills as an Administrator by providing me with routine constant exposure to a broad range of Linux based tech issues.

Another such example is the Reboot Queue, in which a server under heavy load, or the request is unwarranted. To meet SLA's, I was required to quickly and effectively quell load, or resolve the customers issue in a timely fashion.

In my time with Cobianet, I designed and deployed Wifi networks, integrating them with our internet services. In this job, I learned features such as how to flash routers with open-WRT, and creating a user interface to allow users to connect after purchasing service. This job served as my first production experience with NodeJS, as well as with TFTP, and hardware.

I patched our node.js application to resolve tracking issues for our WAPs, which allowed us to develop an accurate monitoring infrastructure for this company, which saved us money and prevented extended downtime by being able to page technicians on service outtages.

My most important asset is that I am an open-minded, humble learner focused on asking the right questions to improve. I believe I have a T shaped personality, having a broad knowledge of our industry, but deep knowledge in the things I'm interested or focused in.

Below you will find specific examples of my skills.

Tyler Knotek - DevOps Engineer at CreditCards.com - It was a privilege to work with Ryan and I wish I got to work with him longer. He was able to implement a lot of new technologies and processes to help our department to be more efficient. Ryan is also a great teacher, willing to take the time to help anyone grow or explain to them how they might be able to do something better. He is always expanding his knowledge and experience, he would always tell me about the new book he had just finished reading over the weekend or the test lab that he setup on his servers at home. One of my favorite things about Ryan is his motivation and sense of humor, he made the workplace an enjoyable place to be.

Michael Rollins - DevOps Engineer at Magento Commerce - Previously DevOps at Hostgator.com
Ryan is a creative and enthusiastic developer with a solid foundation in server administration and application support. His ability to rally the troops, and other natural leadership qualities would make him an excellent asset in any organization.

Dustin Warren - Senior Security Analyst at WPEngine.com
Ryan is one of the most consistent members of any team that I had the pleasure to work with directly. He has an undying passion for the industry and is always creating new strategies for technology engagement and development. Ryan is integrated at the core of everything we do in this ever-changing field.